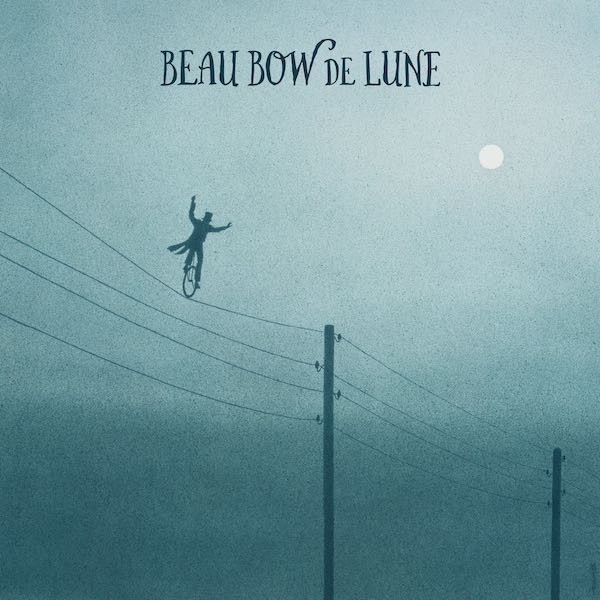 The Beau Bow de Lune album is a collaboration between three established artists – now available in the TuneLings Store.

Val McCallum has been a working guitarist around Los Angeles for many years, and a very fine singer. He’s been on-stage and in-studio with many artists, most notably Jackson Browne, and he’s also one third of the most-entertaining cover band in the world: Jackshit. The other two thirds are bassist Davey Faragher, and drummer/Rock-and-Roll-Hall-of-Famer Pete Thomas – when they’re not busy touring the world as Elvis Costello’s rhythm section. 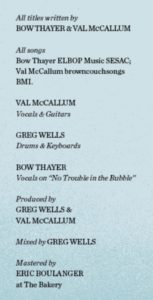 So Val and his buddy Bow Thayer (Vermont-based singer-songwriter-picker, and instrument inventor), wrote the ten songs on this album. Top-shelf producer/engineer/musican Greg Wells played, mixed, and co-produced them (Bow sang on one track too). The image of the CD’s musical credits appears here so you’ll believe me that a record this good can be made by a gang this small.

It’s fair to call this album “Americana”, though it has more breadth than any genre-pigeonhole would imply. You’ll pick up influences of The Band, Little Feat, Chuck Berry, Keith Richards, Memphis Soul, Joni Mitchell, and more.

Guitar players, take note: Val McCallum is one of the most tasteful, elegant, and appropriate players you’ll ever hear. In any style, he plays exactly what the song needs – no more, no less, and with tone, dynamics and phrasing to die for.

On this release, Val uses a lot of open and/or alternate tunings that, for the developing guitar player (also, some uke and mando folks), will be a revelation. But have no fear, because:

So here we have a full album of uplifting, timeless, exquisitely-crafted music from three giant talents, working together to produce beauty in a time of great misery.

You don’t need to play an instrument to appreciate that. But for the folks who do play – even the beginners – get ready for ten lessons on how to play with taste and soul in at least ten styles, from true masters.

We also have two superb songs from Val’s 2019 solo album Chateauguay in the TuneLings Store: Ridgerunner, and Shotgun and Bombshell. Both are also co-written with Bow Thayer, and feature Shelby Lynne on harmony vocal – very highly recommended!

So what do you do if you want to play this excellent music – the right way?

And you can hear 60-second audio previews of all of these songs, right here, right now!

Escape Back To Babes Bar

No Trouble In The Bubble

How Does This End

Why The Bass Player Rules The Groove – Science!

This post is for the nerds, because science is your friend, even in music! Check out this paper, entitled “Superior time perception for lower musical 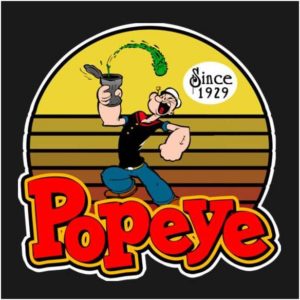 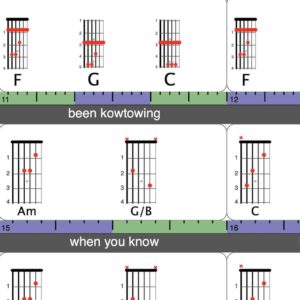 Mixed Meter – Not Just For Prog-Rockers!

MIxed meter is more common than you might think, and musically useful – and TuneLings are particularly good at illustrating it for the player. 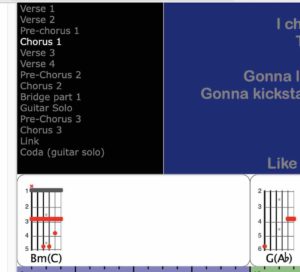 What Is Song Structure?

Songs are usually built of musical components. This post explains what those components are, in simple, easy-to-understand language. 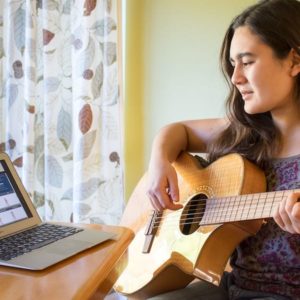 The TuneLings blog is for people who love music so much that they want to play it. Please join the band!